Who Are Your Enemies?

“But I tell you who hear me: Love your enemies, do good to those who hate you,

A week earlier, I got an email from Campus Missions International which our church is affiliated with. It was a heartbreaking news about missionary Lee Sung Cheul who has been ministering in Dominican Republic. At first, Missionary Lee worked in Santo Domingo, the capital of the country with several missionaries. When a large number of refugees from Haiti entered into Dominican Republic after the great earthquake in 2010, he moved to Santiago (the 2nd city in the country), to begin a church for the Haitians. However, last Sunday when he went out of the church after the service, two Haitian young men shot him. In spite of an emergency surgery, he passed away due to excessive bleeding. He suddenly passed away at the age of 40 leaving his wife and three young children. He has been devoting himself to serve Haitians, but he was killed by two of them. Even though missionary Lee is now in heaven, how about his wife and his children? They are greatly shocked in deep sorrow.

It is not easy to live as a Christian and as a disciple of Jesus in this tough world. In particular, if we serve people doing good to them and they give us chilly reaction with misunderstanding and rejection, we get hurt. Then we may think, “From now on I will not care about other people. I don’t need to do good to others. I would better meet only my close friends.” Nonetheless, Jesus asks His disciples to enlarge their love and pay attention to others. He emphasizes that thereby they will grow as sons of the Most High and their reward will be great. (35).

In today’s passage Jesus gives His disciples ‘the law of love’, which is the foundation to build all human relationships. When we understand and accept this law of love, our relations will be changed. All barriers will be removed and love of God will actively flow in and out. Let’s hear what Jesus teaches about the law of love.

They might be an organization or a group of people which harmed you, or a man who exploited you for his interest. However, there are enemies close to you too. The King David sang as follows, “If an enemy was insulting me, I could endure it; if a foe were raising himself against me, I could hide from him. But it is you, a man like myself, my companion, my close friend “(Psalm 55:12-13) David had several enemies such as kings of neighbor countries, but people who hurt him more were not these distantenemies, but close people around him. His close friends, relatives and even his own son Absalom betrayed him becoming his near enemies.

Human relations can break easier than we think. A close friend can become an enemy, brothers can become foes to each other, and father and son can betray one another. Parents love their children, but a considerable number of immigrant families in the North America, second and 1.5 generations don’t like their parents, and particularly some of them hate their fathers. In addition, a significant number of husbands and wives turn their backs to each other. Think of relationships between parents and children, brothers and sisters, husbands and wives, and close friends. All these are so precious and closely connected with our lives and we should not give them up. That is why Jesus clearly tells us. “Love your enemies, do good to those who hate you, bless those who curse you, pray for those who mistreat you ” (27-28)

Even if we want to restore broken relationships with close persons, it is often not easy. We do not have enough love to love them let alone enough energy to pray for them. Then what should we do? How can we do good to them and how can we love them again? One precious hint is hidden in verse 36. “Be merciful, just as your Father is merciful. ” We have our merciful Father in heaven. In the past, we were so indifferent to Him, even betrayed Him and we were His enemies. But He has forgiven all our sins and accepted us with all His heart. Our Father gave His one and only Son who died in your/my place. “Be merciful, just as your Father is merciful.” This word of Jesus includes His firm will of making each of us a merciful person like Him. When Jesus tells “Love your enemies “, it also means “I will surely raise you to become the persons who love even their enemies.”

Therefore, what we should do is to accept the desire and plan of the Lord who eagerly wants to make us resemble Him and then follow Him. It will take time. But as long as we follow Jesus we will be transformed and as a result broken relationships with close persons will be restored.

This is a true story that happened about 20 years ago in Colorado Springs.[1] Steven got a call around 10:00PM just as the monthly council meeting at church was breaking up. It was his wife who sounded terrified. When he rushed home, he realized that his wife had just been raped by a young black man and deeply shocked. Soon the police came and his wife was brought to the hospital for emergency treatment. Afterwards, she had to go through DNA sampling and many tests for diseases such as AIDS through a lengthy process. Fortunately all results were negative. The pregnancy test was negative too. Nevertheless rage took over the life of Steven. Rage at the monster who had molested and scarred his wife! He had a pain to observe the bright, creative, outgoing girl he had married turn into a recluse.

Before long a more terrible trail came to this couple. His wife got pregnant as a result of the rape. While Steven could not accept it, his wife told him that she would carry the pregnant through, because she would not want to kill the baby in her womb. While the baby was growing in her womb, his anger grew as well. Everyone told them they should prepare for the adoption, whereas his wife insisted keeping her baby. Steven could not understand her. Finally his wife gave birth to a girl baby Rachel. A black baby was born from a white couple. Nonetheless, once Steven looked at the baby, his mind was completely changed. His anger disappeared and love welled up in his heart. Rachel grew well as the third baby of Steven and his wife. And when she was eight, Steven wrote his story and contributed to a Christian magazine. He told in his writing as follows, “Nothing can make us love anyone or anything. Love is not a choice. It is the sovereign gift of God.”

“Love your enemies.” This commandment of Jesus is given not only for close relationships but for distant ones.  When we live as Christians, it could occur that someone strikes us on our cheek and someone takes our coat. In particular, when we preach the gospel, we can be rejected, mocked and even assaulted, but the Lord tells us, “If someone strikes you on one cheek, turn to him the other also. If someone takes your cloak, do not stop him from taking your tunic. Give to everyone who asks you, and if anyone takes what belongs to you, do not demand it back. ” (29-30) No matter how hard it is, we must not give up the way of Jesus’ disciples and we must not stop preaching the gospel.

Our church supports a missionary who works for North Koreans in a frontier town in China near North Korea. There is a large number of North Korean who secretly come to China to get food. When one or two of them come to see the missionary, she welcomes them giving them room and board for several weeks for free and shares God’s word with them. Among these North Korean guests, some people stole her money and some others just wanted to exploit her. However, the missionary serves them at the risk of being taken her tunic.

The Lord says, “Do to others as you would have them do to you. “(31) This famous teaching of Jesus is called as the Golden Rule. We are to be considerate of others. We need to know how to put ourselves in other’s place. Furthermore, we are to be sensitive to others’ need and suffering. Christians are strongly invited to take care of people in need. Moreover we are to actively take care of people in spiritual need. The most urgent need for everyone is the gospel, having the right relationship with Jesus to be healed and to have life to the full.

While we share the gospel with people serving them doing good to them, sometimes we can be misunderstood and rejected. However we are not to be discouraged. The Most High, our Father looks at us raising us. He will surely bring us up to be merciful persons like Him. 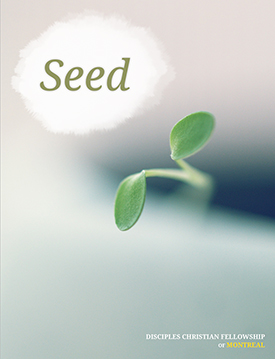